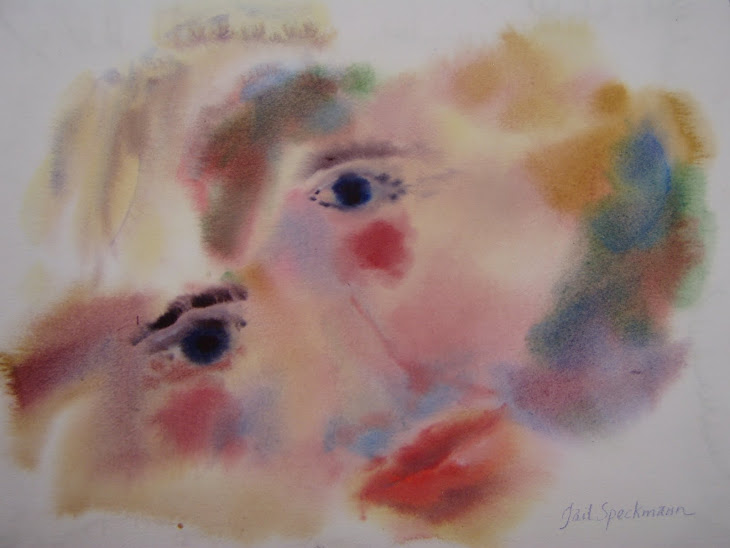 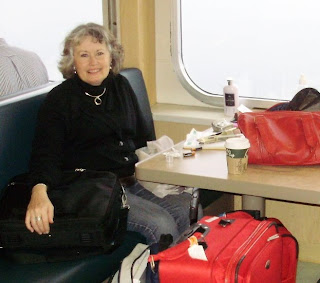 Posted by Gail Speckmann at 4:05 PM No comments:

I have learned something from my computer. I should have----I have been spending enough time on it! I have been co-editing a book called Fearless Women, and it has been on a tight timetable. (The work has been considerable and intense, but I am very pleased with the results. The book will be released in July of this year).

At times, during the past few weeks, I could almost hear my overloaded computer saying to me,…”I’m sorry, Gail, but you have over-stuffed me, and I simply can’t digest anything new. You will have to remove things before I can take on more!”

When my computer decides that it has had too much, it goes into “safety” mode. The menu screen turns gray, and the computer operates only minimally. Those times in my life when I feel rather ashen gray myself, due to overload, I would do best to also keep things at my base line operating program.

Ah yes…. time to weed out what no longer matters, and perhaps never did! Oh, how ridiculously reluctant I can be to do this thinning out! So my first modest step is to rid myself of duplicates. It turns out that I have multiple copies of the same photos in various files on my computer. There!...that wasn’t too hard! Liikewise, I begin to look in my own life----what personal possessions and activities exhibit duplication?

Oh dear…further thinning is needed. It feels like having to let go of parts of my life (cling, cling….). I need to remember that my life is in the present, not in past history. So I would be wise to hold onto only what serves me well today and up ahead.

And if I fail to cut back on what I am storing, there is the daunting possibility of the computer “crashing”, a complete shutting down. Sadly, I have experienced that before also in my life and do not want to go there again.

Indeed, there were things that my computer would not longer perform. Also, there were days when I was away from home. Suddenly, I needed other people’s computers. I became dependent on their good will. Sharing time on a hotel computer; tying up time on computers belonging to friends! Being in the position of need was a good reminder to me to be courteous and responsible about my usage. It also reminded me that there will be times when I will be the one called upon to share and be gracious.


Yes, life lessons are everywhere, even at our fingertips!, If we are paying attention. Be awake and alert. The universe is speaking to you!


(A humorous and fitting postscript to this is that my computer would neither allow me to upload this printed word document or even “copy” to paste into my blog. I ended up having to take a photo of the screen and then re-type the entire piece again after my daughter helped de-frag and clear the computer. Is there a lesson in this somewhere---“where there’s a will, there’s a way”?, or is this some kind of cosmic humor being played out. Hmmmm…..)
Posted by Gail Speckmann at 4:02 PM No comments: 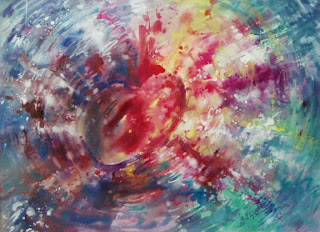 Here is the story behind this heart painting of mine.  It goes out with my Valentines' greetings to whomever this story may touch.  It contains pain, love, and humor... a fitting nod to this holiday.

Several years ago, I had a painting in a juried show titled "Women Imaging Freedom and Peace".  Each artist wrote about their art in a notebook available for viewing during the show.  My painting "Poppies" (one of the prints on my website) was the piece I had in the show.  My husband, Rick was out of town, and friends were unable to come, so I went to the opening alone. I read through all the women's stories after viewing their art.  It was apparent that many of these women had been through some very difficult and painful experiences.  In the room next to the gallery, there was a demonstration gathering of "mothers of the disappeared".  The cumulative pain in these two rooms was palpable.

That night when I returned home, I painted for hours. It felt like I was doing healing work.  The heart that I was painting had a forward-pitched direction, moving from vibrational ripples of dark waters surrounding it towards an open, clear blue.

Sometime well after midnight, my 17-year old son and a couple of friends who were staying the night came upstairs to see why I was still up.  The painting was on the kitchen floor and I was still working away on it.  In recent months I had noticed that the teenage boys seemed rather interested in the abstract paintings that I had been doing, so I thought they would be having a look.  Instead I realized that they were looking at me.  I could almost hear the voices in their heads saying, "Whoa, my Mom is not like this!..."  I slipped into the bathroom and took a look at myself.  My face was flushed, my eyes were blazing...I had to admit that I was quite a sight!  The painting complete, I headed to bed for a short night of sleep.

The next morning I was supposed to be painting in a garden setting for a local greenhouse.  Since I was very tired and more or less just part of the decor, I just stirred around doing minor things to another painting that had been well underway.  People would stop by and visit.  One of them was my friend, Melanie, who had her young daughter along with her.  While we were chatting,  Hannah looked down at my feet, and asked, "Mrs, Speckmann, why do you have on two different shoes"? (Now, in my defense the two black walking shoes looked very similar.  However, they were different enough that a 7 year old could discern the variation).

What can I say?  Healing is hard work!  But every time I look at this painting of mine, beyond the initial stab of pain, I always feel a smile coming on.  And that is part of the healing too.
Posted by Gail Speckmann at 12:05 PM 2 comments:

Part II Eulogy for Aunt Jan: The Art of Connection

This is the follow-up to my story about my Aunt Jan in my previous blog. This does not negate what I wrote earlier; I still believe that she had artistically unfulfilled dreams. Of course, that is what I would pick out; as an artist myself, this is my focus, my chosen window.

My sisters, mother, and I spent a week out on Whidbey Island planning and attending my Aunt’s funeral and helping to close out the earthly details of her life. This included clearing her home of 91 years of the collection of things she loved. During my time out there, I was reminded and constantly reinforced about things that I already knew about my Aunt.

Yes, my Aunt did have a very special collection...people. For her entire life she was very interested in people, sharing in their sorrows and joys, and offering help selflessly. At the funeral and around town, before and afterward, people constantly told us about her open and cheerful presence. She was often the first to welcome a new person at church; she noticed when a public employee seemed down. Strangers would open up to her with their stories. She would plunge right in, with the innocence of one who assumes the world is loving. (One of the most treasured moments came when we found a photograph album of when she was very little---her parents surrounding her, absolutely adoring her....little wonder that this became her view of how things should be). This sometimes led to her feeling re-buffed. Most people aren’t used to having that kind of direct force field coming at them. And I do know from personal experience that her love could, indeed, be overwhelming. Her good intentions often left her blind to the wishes of others. And she wrote many a scathing letter if she felt she had been wronged, mostly to companies about disappointing products or services.

One of the main things that she saved were copies of endless correspondence that she had written and received from friends and family members over those 9 decades. And did she write! Everywhere her home was filled with copies of letters she had written---single-spaced, typed words which she extravagantly underlined, highlighted, and circled (usually in red). The letters were not written for posterity. (She specifically requested that they be destroyed upon her death). No, these letters were written for the immediate connection with another person or persons, much of it a documentation of life. And who is to say that this is not at least as important a reason to write?

My sisters and I were amused to find an old magazine clipping titled “How to be a Constructive Wife” with 14 points to the test. She wrote (to her husband, my uncle), “I pass all 14, I think you’d agree?” I, of course, wouldn’t even submit myself to the test....standards from a bygone era. And yet, I have to acknowledge her accomplishment of being that “Constructive Wife”, a once highly esteemed art form indeed!
Posted by Gail Speckmann at 12:12 PM No comments: